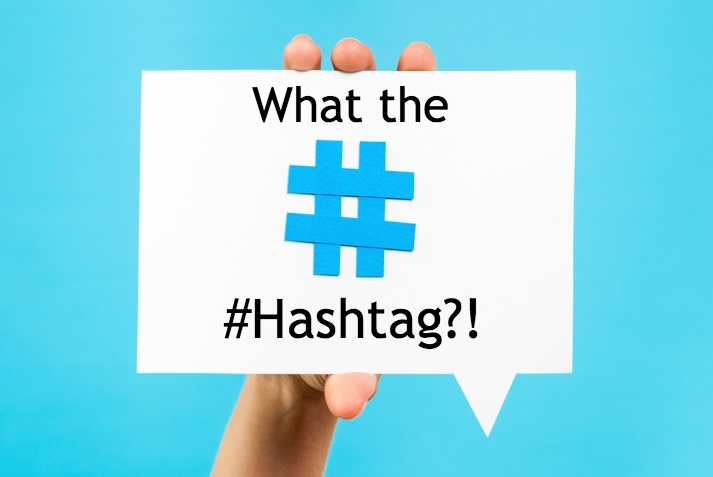 Posted at 16:09h in WOW BLOG by Sally Brockway
Share

Yes, I really am writing a blog about hashtags. I can practically hear the milennials guffawing as I type, but this isn’t for them. They already know their Zaps from their algorithms. This one’s for beginners.

So what is a hashtag? It is literally a symbol. This one to be precise #

It’s been around for ages, longer than social media. It appeared on telephones in the 1960s and in 1988 the humble # was used to group content on a platform known as Internet Relay Chat or IRC. For example, people chatting from London would be grouped under #London. Simples.

Then, in 2007, this guy called Chris Messina said on Twitter: ‘How do you feel about using # for groups?’ He started something big with that sentence.

His suggestion meant that Twitter users could find posts about topics they were interested in. It also allowed those posting to attract the relevant audience. For example, if you are after a holiday in the Bahamas, you might type #Bahamasholidays and all posts that use that particular hashtag, appear in date order.

But hashtags quickly became more than a categorizing tool. Companies realised that a good hashtag could really increase brand recognition. A branded hashtag is one that is unique to your business.

Here are some famous ones:

* #ALSIceBucketChallenge- you remember this one, it’s where all your friends chucked buckets of iced water over their heads and kindly nominated you to do the same. #thanksforthat

* #ThisGirlCan – Sport England’s campaign to encourage women to get fit.

When a hashtag really takes off, it starts to trend. This means LOTS of people are using it and searching for it. Social media platforms provide a list of trending hashtags and you can use these to reach a wider audience. Today for example, trending hashtags include #SharkAwarenessDay #FridayFeeling and #Wimbledon.

You can use trending hashtags in a bid to reach a bigger audience, but don’t use them just for the sake of it. It will fall flat if your content has nothing to do with the hashtag. Make sure the hashtags you use are relevant to your niche market – use #love #dogs or #family and you will be lumped in with millions of others.

You can check and see how your hashtags are doing with analytics tools like Keyhole or Tagboard, which will give you a visual snapshot of how it is performing across all platforms. Before you use a hashtag to promote your business, do a search to see how it is currently being used. You’ll feel a bit foolish if it is already linked to something sensitive, controversial or plain silly.

Try and use a hashtag in all your social media posts. Never use more than three on Twitter as that’s just plain annoying, but you can use up to 30 on Instagram – users are captivated by the photo, so they won’t curse you for going into #hashtagoverdrive